Ten Actors Who Should Play The 12th Doctor

The fateful day has come. Matt Smith has announced he is leaving Doctor Who, giving Steven Moffat the chance to ruin Christmas for a nation. A task he will no doubt relish.

So here is a list, in no particular order, of ten actors who could replace him, or should play the part somewhere down the line for the show. If you disagree feel free to comment with your name and address so I can come over and slap you across the face for not seeing things my way (that was a joke, I’m a pussy).

Oh and just to clarify, if you’re the sort of person who expects to see Russel Brand or Noel Fielding on this list, you shouldn’t be watching Doctor Who. Seriously, just stop.

I always wanted John Hurt to play The Doctor before the big reveal at the end of the recent series (honestly). As such, as soon as I heard he’d been cast for the 50th I kinda had the feeling there was only one part he could possibly be playing and I nailed it. Although, I nailed it at the expense of spoiling for myself what was meant to be a brilliant reveal during The Name of The Doctor.

In any case, since the show came back I’ve wanted to see an older man playing The Doctor again, if only because if they carry on the way they’re going the 13th Doctor will be a ten year old.

John Hurt just seems to look the part in a way few actors do. In Harry Potter he had the whole mysterious “I know more than you Harry lololol” thing going on which The Doctor should always have. He can also let deadly larval aliens burst out of his chest like no other actor on the planet, which is a bonus. On the other hand, if we can’t have an old Doctor…

This one has nothing to do with my worryingly powerful man crash on him, or the fact that his hair rivals David Tennant’s in the so good it must be alien category. From what I’ve seen of him, I just genuinely believe he has the potential to be a truly mad, eccentric Doctor full of energy.

On top of that, we know he can do the whole “acting” lark quite well and cleary has a good range. Something that is probably helpful when you’re playing a batshit crazy alien. Again, you may call me shallow, but it mostly boils down to me thinking he has the right “look” about him. I can’t put my finger on it. I guess I just fancy him a bit too much.

I will admit that in the case of this chap, we’re gonna need to give it a few more years, but I think he’s got the potential to make a cracking Doctor.

It’s mostly his appearance in Doctor Who (Human Nature/Family of Blood) that got me thinking about him for the role. It’s not that he does anything particularly Doctorish, but the way he delivers some of his lines remind me so much of third Doctor (Jon Pertwee) that I think he could play the role in a similar way. Stern yet stylish with a penchant for Velvet. Maybe not the velvet thing.

I know what you’re thinking when you look at the picture. How could they cast the Doctor as… someone without hair? P J was actually strongly rumoured for the role after David Tennant announced he was leaving and I for one thought it would have been a brilliant call.

You only need to watch him as the smarmy and eccentric Marquis de Carabas in Neil Gaiman’s excellent Neverwhere TV series to see why he would make a fantastic Doctor.

Hold onto your panties fan girls of Tumblr, but I don’t think that Benedict “Sherlock” Cumberpatch should ever play The Doctor. He is a terriffic actor, but I think for the most part his characters are just a little too graceful, cold and in control. If there’s one thing The Doctor should never be, it’s completely in control… and very rarely cold.

Freeman on the otherhand is immensely likeable and can play the bumbling adventurer very well. In Sherlock, The Hobbit and Hitch Hikers, he is a character who is unwillingly pulled into an adventure. Of course the Doctor is always looking for adventure, but never trouble. Freeman would make a cracking unwilling, bumbling and perhaps quite hapless Doctor. 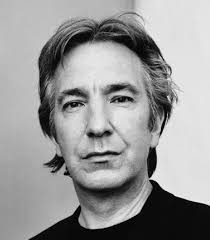 Perhaps not these days, as most people would have a hard time getting Professor Snape out of their heads. However, in Kevin Smith’s Dogma he played a brilliantly smarmy, sarcastic dick that – if toned down a little -would have made quite a good Doctor.

Of course, we’d have to see a little more than smarminess or we’d get pretty bored of him before long.

Annoyingly, this will never happen now as he recently played the big bad of Series 7 as the revived Great Intelligence. It’s a shame since on two occasions he played the Doctor during the Series’ state of flux. Once in a kind of forgettable animated format. The other occasion was for about thirty seconds but much more memorable…

Steven Moffat (whoever that guy is) wrote a spoof skit for Comic Relief in the 90s featuring Rowan Atkinson as the 9th Doctor. He regenerates into some well known actors several times in the spoof but by far the best performance was Grant’s. It was only a sketch and only a few seconds but he just nailed the part. A shame we’ll never see him do it again.

You can check him (and some other big names) out as The Doctor here:

GIVE ME BACK THE EIGHTH DOCTOR. GIVE MGANN MORE SCREEN TIME NOW.  Sorry. 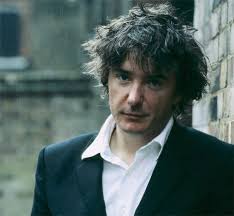 I’m not really sure if this is because I think his eccentric bastard Bernard Black character would make a good Doctor, or if it’s just because I want to see him and Manny travelling together in the TARDIS. Either way I think I’d be sold on this one.

One: Andrew Gower: (Being Human)

Sadly, I’m only aware of Gower from Being Human, but it was one of those rare moments for a picky bastard like me where I just knew I wanted to see him as The Doctor.

He just has something of The Doctor about him. The Tennant/Baker wide eyes, the madness… just a general air of Doctorishness. Gower is my top choice for Doctor number 12.

But that’s the thing with a new Doctor at the end of the day. I can almost guarantee it won’t be anyone we’re expecting. You can ignore all the odds involving Rupert Grint and James Nesbitt and the names that come up everywhere. If any one person on the planet can tell me they were expecting Matt Smith to be the 11th Doctor, they’re a liar.

One thing’s for sure. Whoever they pick, they’re gonna have one hell of a job replacing the man who made me forget David Tennant in less than five minutes.